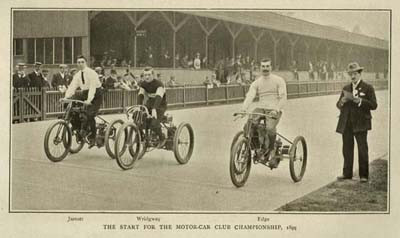 
1) In 1890 in a 100 mile ride from just east of Lincoln to 30 miles from London two road records were set, one by S.F.Edge and J.E.L.Bates on a tandem trike the other by T.A.Edge their pacer on a bicycle , how were the two Edge’s related?

3) In 1891 K.C.Edge rode a 4 mile race in Sydney N.S.W, but didn’t finish, What reason did he give for this?
a) He was knocked unconscious by a Kangaroo!
b) Being brought off his bike by a strange shaped piece of wood in the road angrily threw it away only for said piece of wood to return and hit him on the back of the head and knock him unconscious.
c) He had a puncture.
d) He was stopped by police for riding on the pavement, without lights or a crash helmet.
e) On being overtaken on a steep climb by a ‘Sheila’ riding a safety bicycle showing her ankles and wearing a purple, green and white sash bearing the inscription ‘Votes for Women’ and her shouting ‘when are the Anerley BC going to let women join’ crashed his bike in utter shock!
f) His Bicycle had a mechanical.
g) He was held up at gun point by the outlaw (Socialist freedom fighter) Ned Kelly who stole his bike.
h) He stopped to admire the view over the Sydney Harbour
i) After seeing a Sydney Morning Herald poster that England had won the Cricket Test series was so overcome with emotion could not continue to ride.

4) In which decade were women first admitted as members of the Anerley B.C.?

5) In 1893 a rider from the Anerley Club broke the world record for 100 miles that had been set some months before but finished 2nd in the race what was his name?

6) In 1907 S.F.Edge driving solo set a 24 hour record in a motor car of 1600 miles at Brooklands, in a world record for this event in the USA in 1905 a solo driver set a distance of some 800 miles, what other two unique things did the two drivers have in common?

7) Which cycling club did the A.B.C play an annual football match, during the 1920’s in a two-day event between the two clubs?

8) In the Bordeaux-Paris race of 1891 the first international race, two Anerley riders took part, what were their names and what position did they finish?

9) Name the rider who won the ‘classic’ Anerley 12-hour race and whose brother founded a famous bike manufacturing company?

10) Name the rider who won the ‘Anerley 12’ who was born in Paris, his father was American and his mother a Polish Countess, and lived in Thornton Heath at the time he was killed in a traffic accident?

Some pictorial clues below to the answers, or are they? 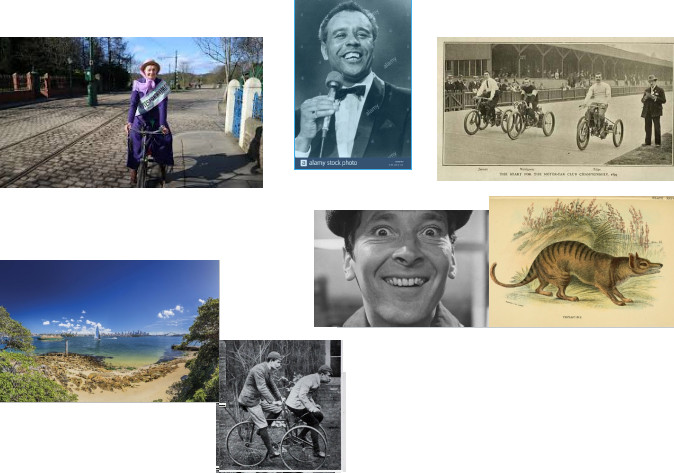